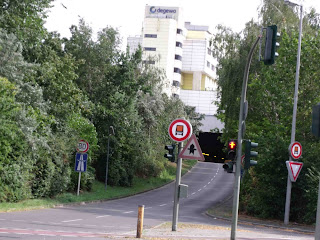 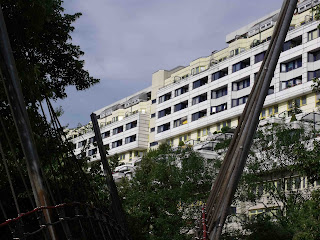 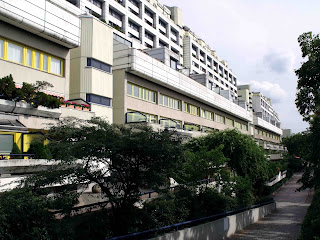 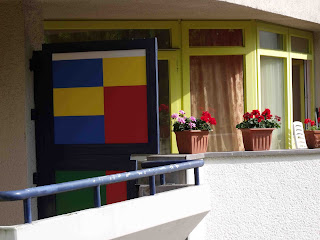 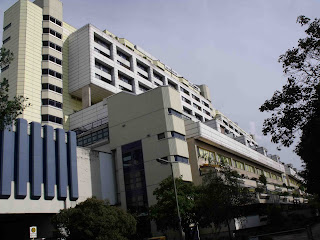 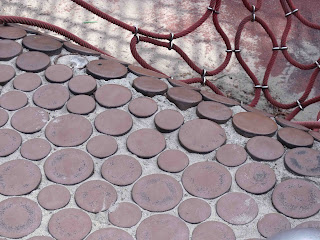 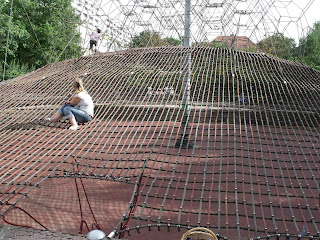 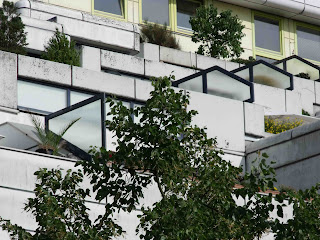 Just taken paracetamol plus caffeine by accident as I was going to bed. Its 1.00 and no sign of sleep, so hello! Anyway might as well make use of this time. There was no security around the Iraqi embassy, you could just walk in, though you had to negotiate the overgrown foliage and trees blocking pathways and exits. The thing that is so bizarre about the place and why it has been abandoned is that no state has authority over it. DDR does not exist, and I guess Iraq has other things on its mind to deal with. Technically the German police would have to have Iraqi permission to enter. Call me a paranoid parent, but it did feel just a bit edgy for a family outing.

I hope you don't mind if I keep blogging about stuff at the moment. I know you are not online and have far more significant events happening, but its handy to record things.

I'd like to show you some images of Schlangenbader Straße - The Snake, on the south-west edge of Berlin. Its a housing development with a motorway running through the core of the buildings. Its quite an interesting angle on our work both on housing and the Périphérique and Oxford Ring road and their effect on the spaces and communities around them. Here is a development designed with the road at the centre. It was conceived and built during the 70's and opened in 1980. The apartments cascade downwards in terraces, similar to some of the flats at Thamesmead. It is clearly well maintained and there is a sense of the residents having a pride in their homes. There was also a very imaginative playground running the length of the estate. It has shops, and a cinema as part of the estate.
Posted by Barbaresi and Round at 16:45