Hi Suzy,
Oxford had a weekend of various buildings around the city being opened to the public (called open doors - a bit like open house in London) and so we spent a day visiting a few interesting places.

We started at Bartlemas Church - a short distance from our house, just off the Cowley Road. After going through a gate marked private (it is on land owned by Oriel College), we passed an old stone farmhouse, and came to the church which has a 16th century building next to it, the old leper hospital which has been re-built - the original was built in the 12th century, and the chapel was added in the 14th Century.

The gardens around the chapel are quite overgrown and it is hard to connect this peaceful spot, which feels rural as a cotswold hamlet, with the hubbub of the Cowley Road nearby. This spot would have felt quite remote from the rest of the city prior to the Victorian development of East Oxford - the way an area like Blackbird Leys, located outside the ring road, feels now.

I had to photograph the ceiling of the chapel - the bold colour works so well in the otherwise simple and undecorated space. 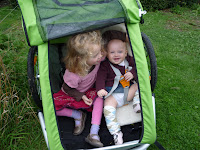 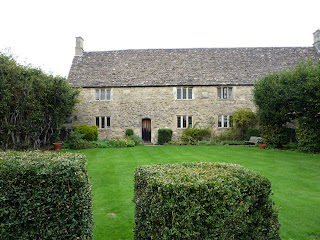 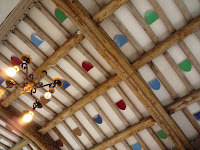 We visited New College, purely because Z had watched a TV programme about it a few days previously so we thought it would be nice for her to see it. I've included a pic of the cloisters as Jacobsen took this traditional form in collegiate architecture and brought it into the 20th century at St Catherine's college. 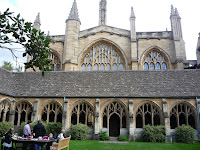 We had a guided tour of St Catherine's college. The lady who took us around was very knowledgeable about the building and told us all sorts of interesting anecdotes. It seems that the college are very serious about caring for the building and respecting the original design so it is one of the best preserved examples of Jacobsen's work. The interiors are still totally original, and they replace furniture like with like. The library was particularly impressive, with delicate spiral staircases, mezzanines overlooking the main space, and a reading area which feels cosy and intimate despite being in such a vast space because the light shades hover just over the circular tables.

The enormous concrete beams in the dining room were brought into Oxford pre-cast. The surface of the concrete is beautiful. It looks slightly mottled and is very smooth as it was cast in mahogany moulds. The way the beams extend slightly beyond the outside walls, surrounded by glass gives a sense of delicacy and lightness that contradicts the weight and solidity of the concrete. The pillars that support the beams go very deep into the ground (they are only half visible). I think this was because they were building on drained marshland/flood plain and are supporting so much weight. 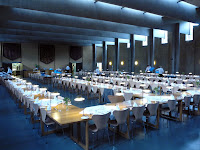 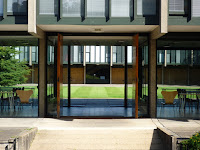 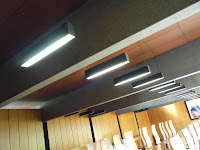 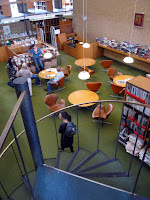 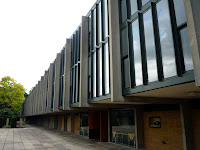 Rachel
Posted by Barbaresi and Round at 13:58