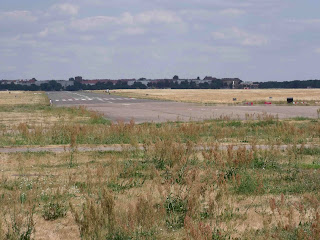 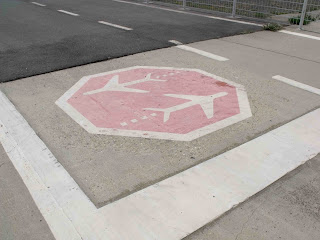 Some images of the derilict Tempelhof airport that B and I went to last week. It has only been out of action since 2008, and is now a public space. Built in 1923. Although it has only been a couple of years it is already being over grown and interesting to imagine how it would be in 10 or 20 years. While we were there B played with some Kindergarten children. The teacher told me how her father had remembered it as fields he played in before the airport was built and now returning to that status. It is right in the city so polution and noise was a problem.

Hitler was a big fan of Tempelhof, and under Speer's direction the terminal was rebuilt in 1934. It was also the lifeline for Berlin, when the Soviets cut off all transport by water or land in 1948.

More images www.flickr.com/photos/barbaresiandround
Posted by Barbaresi and Round at 08:03