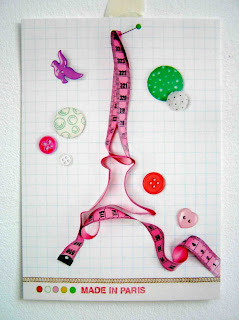 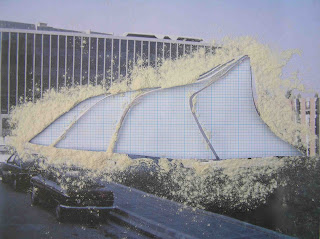 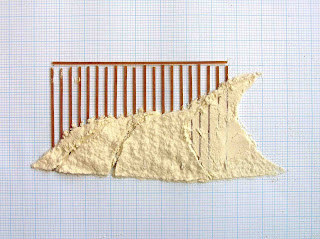 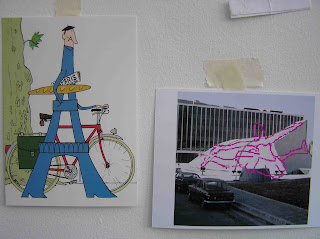 Here are some postcards I've been working with over the weekend. 2 are based on a postcard of the Eiffel Tower made from a measuring tape. I've created a image of an outstanding structure outside the Périphérique - Niemeyer's Bourse du Travail in Bobigny - but made it from spaghetti, and flour on graph paper then photographed it. The stencil I made for the flour seemed more interesting than the image so I photographed it as an alternative version.

Also there is a postcard of the Eiffel Tower made in the shape of a man holding a baguette. I've done a version of the Bourse du Travail with a dancing woman, as Niemeyer (bit letchy) often based his buildings on women's bodys.

Sx
Posted by Barbaresi and Round at 14:22