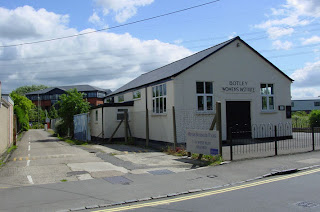 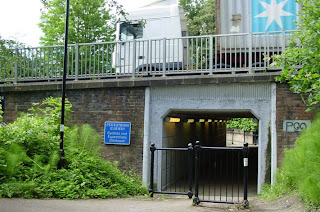 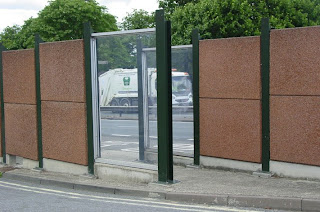 Dear Suzy
I set off on a walk in Botley which is a suburb on the edge of Oxford. The A34 (part of the Oxford ring road) runs right through the middle of Botley, and although I have visited this area previously to go to Habitat and DIY shops and to hire a van, exploring it by foot gave me access to unexpected corners off this part of Oxford.

I started by walking up North Hinksey Lane which borders a small industrial estate. I expected to find little more than industrial buildings and perhaps a few 30’s housing like the ones on the opposite side of the A34, but found that this is actually a very old village. Mixed into the business premises were very old cottages, and as I progressed along the road I found more cottages, a cemetery and an old manor house. The village has a strange feel, so idyllic with beautiful countryside behind it, allotments and a nature reserve, but this is disrupted by the persistent noise of traffic on the ring-road. There are some odd juxtapositions in the village – Buildbase on one side of the lane and old stone cottages on the other, the functional Botley WI building with glass office buildings behind it. Typical out-of-town premises are meeting an old village and a 30’s estate with a dual carriageway that fractures the area.

There are two subways connecting Hinksey Lane with the rest of Botley. I went through to the other side and found it interesting the way that the ring road has been fenced off in an attempt protect the 30’s housing estate. It feels like the Berlin wall – such an emphatic divide between two halves of a village. You can see my photos on flickr.

I’ve been thinking about the WI building and can’t help feeling that it would be interesting to involve the WI in our project. There may be some interesting histories about the area and the affect the ring road has on the village.
Posted by Barbaresi and Round at 15:57